Why MMA Fighters Use Caffeine Before Fights and Workouts 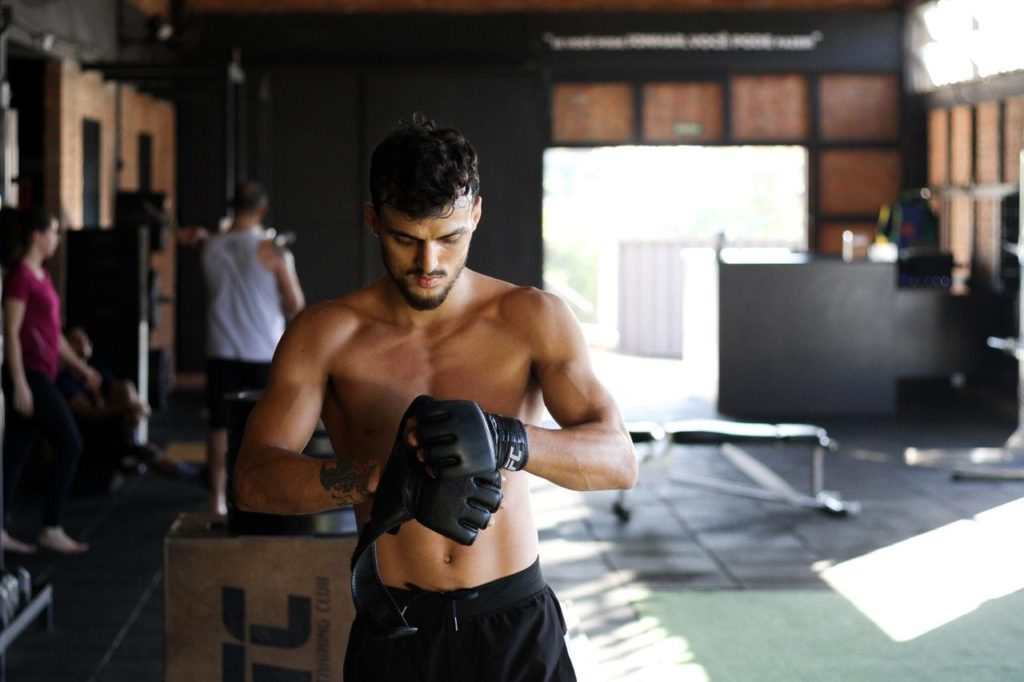 If you’re an MMA fan, you’ve definitely seen more than one fighter sponsored by an energy drink company. That may leave you asking, “Do MMA fighters drink caffeine? Would that even help?” The answer is a resounding yes! And it’s not just because energy drink companies offer fighters the big bucks, either.

Let’s explore the science behind why MMA fighters use caffeine, what drinks they prefer and how Jet-Alert® can even help add caffeine to your workout routine.

What Caffeine Does For MMA Fighters

MMA fighters use caffeine for the same reason many of us do — it makes them more alert. In a fight, having sharp senses and quick reflexes is key. It also triggers the release of adrenaline. This keeps fighters on their feet longer. After all, MMA fighters don’t often know how long a fight will last.

It’s not just used for a pre-workout supplement, though. Caffeine helps with post-workout or post-fight muscle recovery. The American Physiological Society published a test that explains this.

When we work out, our bodies burn glycogen, a sugar stored in muscles and the liver to fuel rigorous physical activity. In the study, researchers found that athletes who enjoyed a little post-workout caffeine had 66% more glycogen four hours after their workouts. They also noted that caffeine seemed to bolster the body’s uptake of carbohydrates, another type of molecule the body uses for fuel.

This means that the day after a fight or intense workout, MMA fighters are ready for more. In an industry that requires constant workouts, this could be game-changing.

According to the Sweet Science of Fighting, MMA fighters drink energy drinks for caffeine and other ingredients, namely taurine. Taurine is an organic compound found in fish, meat, dairy and some energy drinks. It aids in brain function, blood pressure regulation and nerve growth.

However, that article notes another reality of energy drinks. Sometimes, they make a person feel worse, perhaps due to the sugar and caffeine content. It’s important to test the effects of energy drinks before you hit the ring or work out.

Because of this, some fighters also rely on caffeine tablets or even coffee to avoid the sugar content. For some, their diets and workouts don’t have room for a lot of extra sugar or calories.

In addition, caffeine tablets are easier to dose than caffeinated drinks. No matter what caffeine product you use, though, check with a physician before making any drastic changes to your caffeine habits.

How Jet-Alert® Brings the Benefits of Caffeine to You

If you’re an average person that doesn’t have an energy drink sponsorship (or if you just find them and other caffeinated drinks gross), you can still reap the benefits of caffeine in your workout with Jet-Alert® caffeine tablets. Our caffeine tablets have the same amount of caffeine for a fraction of the cost of an energy drink. Whether you’re an office warrior battling late-morning drowsiness or an athlete needing a boost, shop for Jet-Alert® on Amazon today.